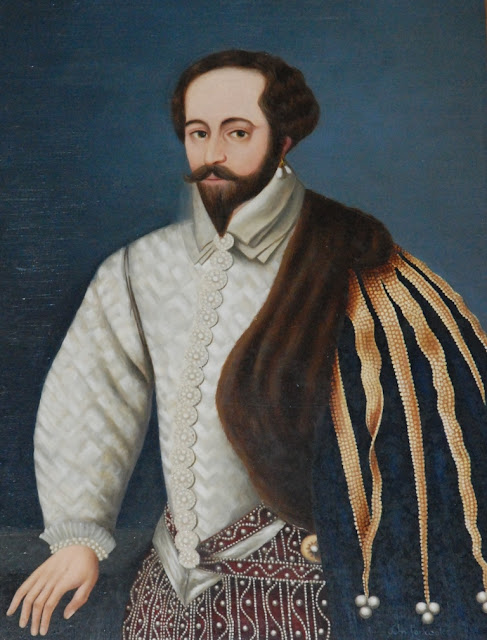 The following letter was published in the Exmouth Journal on 20 July 2017:

Next year is the 400th anniversary of the death of Sir Walter Raleigh. At Fairlynch Museum we are working with organisations as diverse as Sherborne Castle – built by Raleigh in 1594 – and East Budleigh with Bicton Parish Council. Sir Walter was tried and executed – most lawyers today agree that he was the victim of a miscarriage of justice – on 29 October 1618.

Fairlynch is a small independent volunteer-run museum in Budleigh which is celebrating its 50th anniversary this year. The town was made famous by the Pre-Raphaelite artist Sir John Everett Millais in 1870 when he used it as a setting for his painting ‘The Boyhood of Raleigh’. The picture, on loan from Tate Britain, was exhibited at Fairlynch in 1969 and in 2000, and we now have a special room in the museum devoted to Queen Elizabeth I’s favourite courtier, born at East Budleigh in the early 1550s.

Our principal aim is that people should be made aware of the importance of this great historical figure: explorer and adventurer, historian and poet, courtier, scientist and Devonian who met his death so bravely on the scaffold 400 years ago.

Many historians see our local hero as a victim of the absolutist regime of King James I, especially in view of Raleigh’s criticism of tyrants in his 1612 publication History of the World.  Several months after its appearance, the King ordered further sales of the book suppressed and all unsold copies to be confiscated ‘for divers exceptions, but especially for being too saucy in censuring Princes’.

Later 17th century figures such as Oliver Cromwell and the poet John Milton saw Raleigh as expressing republican sentiments. Such a view was widespread in the United States, where he is much admired. The city of Raleigh in North Carolina has two districts, Hayes Barton and Budleigh named after his birthplace.

Are you one of those people fascinated by the story of this celebrated Elizabethan? Are you a member of an organisation linked to Raleigh?  Would you be interested in receiving news of how the 400th anniversary of his death is being marked in 2018? Are you making plans for an event? Please get in touch by writing to the Chairman at Fairlynch Museum, 27 Fore Street, Budleigh Salterton EX9 6NP or email info@fairlynchmuseum.uk