A cloak and a puddle 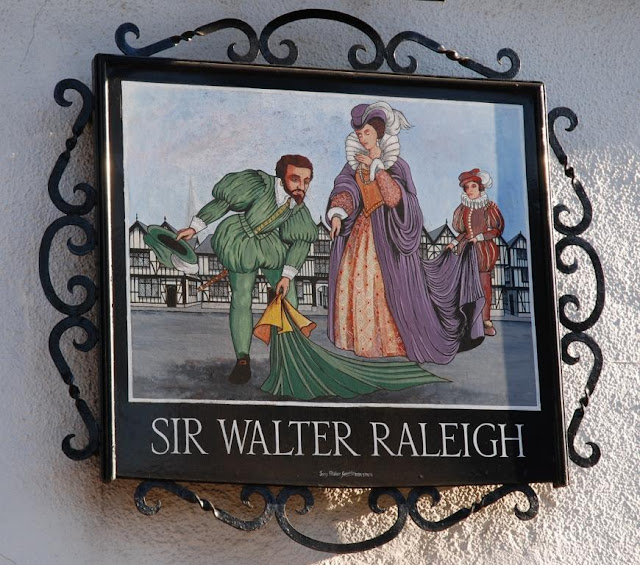 Above: The pub sign in Raleigh's home village of East Budleigh maintains an enduring legend

If it's not the 'spuds and ciggies' stuff that you associate with Sir Walter Raleigh, you'll probably know the story of how he gained Queen Elizabeth I's attention by laying his cloak over a puddle.

But where? And when?

The story is first told by the historian Thomas Fuller (1608-1661) in his Worthies of England.  ‘No other contemporary comment has been found on such a fascinating piece of gossip,’ notes biographer Raleigh Trevelyan.  Yet he does not dismiss it entirely. 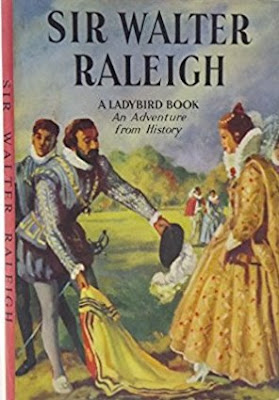 ‘The cloak episode’, he writes in his Sir Walter Raleigh (2002), ‘said to have happened at Greenwich and usually regarded as a fairy story, could easily have been true, being perfectly in keeping with Raleigh's character - an extravagant gamble on his part.’

Generations of children know the story from the Ladybird book 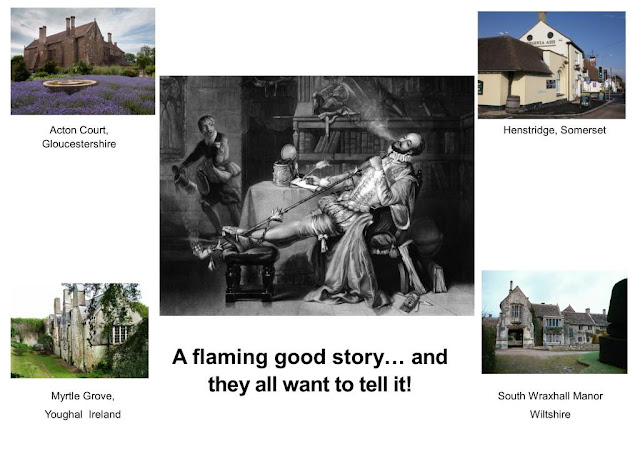 Equally true, I suppose, could be the story of Sir Walter drenched by the bucket of water – or ale – that an alarmed servant used to extinguish the Great Elizabethan’s pipe. Typically the story is told in more than one place.

Local residents familiar with such tales tend to be more assertive. Helen Bennett, for example, attended a talk I gave to the Exmouth Historical Society on 1 October and questioned my scepticism about ‘the incident of the cloak’.

‘As a Enfieldian I could not let your opinion go as I was brought up on the tale!’ she wrote later to me in the following edited email:

‘Close by where I lived as a child was the country estate of Forty Hall built by a former Lord Mayor of London Sir Nicholas Rainton in 1629.  The house, gardens and parkland have been a stunning public park since the 1960s when the estate was bought from the Parker Bowles family after the war.

‘In the grounds are the remains of the Palace of Elsynge where Elizabeth and Edward [the future Edward VI] are recorded to have spent much of their childhood.  Indeed, it is here that they were told of their father's death.’ 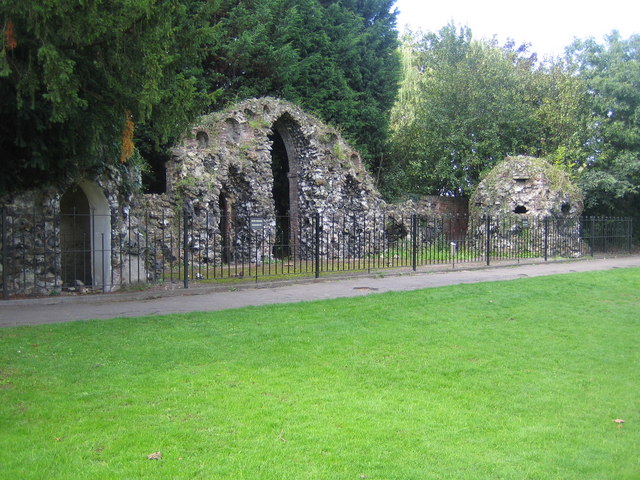 All that now remains of the royal residence of Theobalds. There's even less of Elsynge, demolished in the 1650s
Image credit: Nigel Cox

Elsynge is also within half a mile of Enfield Chase one of the hunting forests that used to surround London, continues Helen, noting that Sir William Cecil's and  later King James I’s Theobalds lay just over the border into Hertfordshire. 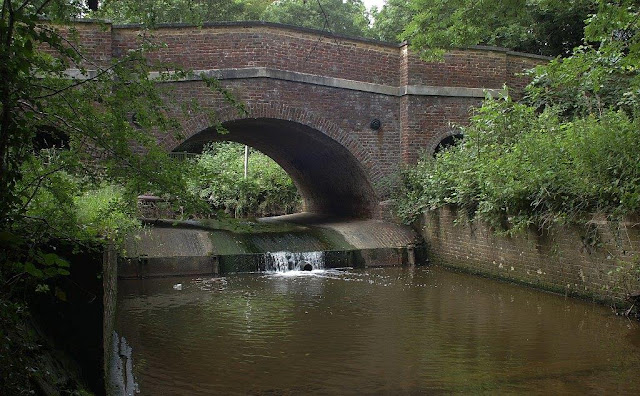 Turkey Brook  and Maiden's Bridge, where Raleigh is said to have laid down his cloak

‘Below Elsynge runs Turkey Brook and where the road passes over it the bridge is named Maiden’s Bridge.  It is here where local legend has it that Sir Walter laid his cloak down for Queen Elizabeth.  The name certainly alludes to the fact.  This tale was common and old knowledge when I was growing up in the 1960s.'

Helen pointed out that Maiden’s  Bridge lay on the probable route to Theobalds from Elsynge.

‘Why should an oral history not count?’ she asked. ‘Though I agree it is not definitive but interesting none the less.

‘Finally, some sources give Enfield as the place of birth of Raleigh's first son and also where his wet nurse was located.  An old timber house on Chase Side was known locally  as Sir Walter Raleigh's House.  There is even a postcard to prove it!   Sadly it was demolished in the 1880s.’

And the National Archives have a photo of Sir Walter’s
house at Enfield, unfortunately not yet digitised. The details are below: