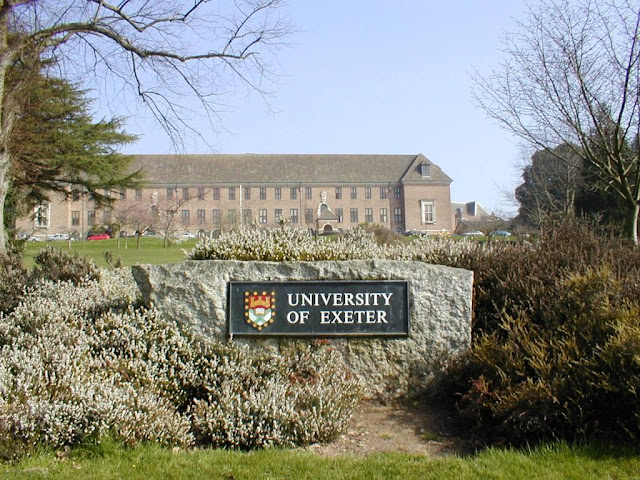 The Washington Singer building on Streatham Campus of the University of Exeter.  Sir Walter Raleigh's tercentenary may have had something to do with its origins
Image credit: Benjamin Evans

Reading through an account of Raleigh commemorations in The Times of 28 October 1918 woke me up to the fact that the University of Exeter is a relatively recent foundation, having received its Royal Charter only in 1955. Its predecessor, the University College of the South-West of England, was established in 1922. On the basis of the last paragraph in the newspaper report below, with its mention of deliberations over the setting up of a University of the South-West, I was tempted to think that American philanthropy played a part.

No surprise therefore to find that one of the principal benefactors was an American with strong Devon links. This was Washington Merritt Grant Singer (1866–1934), son of the sewing machine magnate Isaac Singer. Born at Yonkers, New York, in 1866, he moved as a child to England and grew up in Oldway Mansion, Paignton. Later he became a prominent racehorse owner.  The Washington Singer is now the University's School of Psychology.

In fact two of the names proposed for the new institution were the University of Wessex and Raleigh University!  The latter suggestion was made by Sir Walter Peacock, Secretary to the Prince of Wales.

The 300th anniversary of Raleigh's death in October 1918 was treated as an event of national importance, judging by the number of eminent people involved. But that was another time. Almost another country.

What has happened?  Could it be 'due to a failure of national confidence', as the University's Dr Robert Lawson-Peebles suggested in a 1998 History Today article? 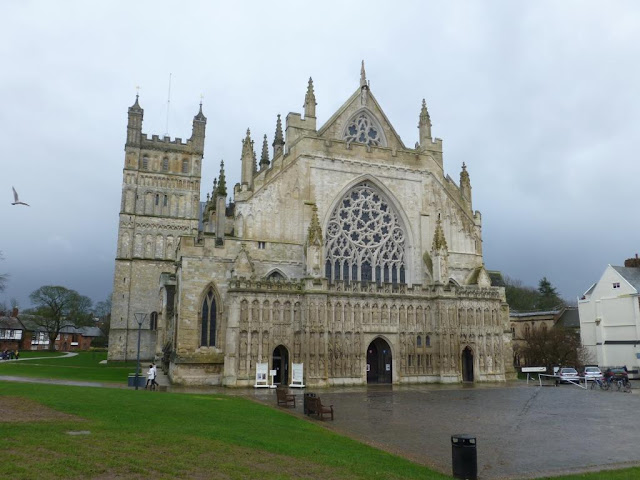 Raleigh 300: A memorial service to commemorate the tercentenary of Sir Walter Raleigh's death was held at Exeter Cathedral on 27 October 1918, as well as in various places in London

The tercentenary of Sir Walter Ralegh’s death was celebrated yesterday afternoon by a special service at St. Margaret’s Church, Westminster.

The service was arranged by the Tercentenary Committee, of which the King is the patron, and Mr. Balfour (Foreign Secretary), Mr Page (the former United States Ambassador), and Lord Reading are honorary presidents. The vice-presidents include the Lord Mayor of London, General Sir Ian Hamilton, Mr. Irwin Laughlin (American Chargé d’Affaires), Admiral Sims and General Biddle. Lord Bryce is the honorary chairman of the committee, Bishop G.F. Browne and Professor Firth are the vice-chairmen, and Professor Gollancz, the honorary secretary.
Before the service two wreaths in memory of Sir Walter Ralegh were deposited at the foot of the communion table, near the place where the body is said to have been interred. The first was from the Royal Tercentenary Committee, and it bore the inscription “To the honoured memory of Sir Walter Ralegh – ‘The Shepherd of the Ocean’”. These words are taken from Sir Walter Ralegh’s unfinished poem “Cynthia”, which has been handed down in fragments. The other wreath, entirely of laurels, was from the Royal Geographical Society, and bore the inscription “To the memory of Sir Walter Ralegh on the tercentenary of his death.” The Lord Mayor and Professor Gollancz carried the committee’s wreath, and the other was conveyed by Sir Thomas Holditch (president) and Dr Hinks (secretary of the Royal Geographical Society).
The service began by the choir singing an introit, composed by Christopher Tye (1500-1572), followed by Psalm xlvi. (chant by Purcell, 1658-1695) and Psalm cl. (chant by Pelham Humphreys (1647-1674). The first lesson was read by Mr Balfour  and the second by Mr Irwin Laughlin, the American Chargé d’Affaires. After the Collects a hymn written by Sur Walter Ralegh on the night before his execution (music by Tallis, 1520-1585) was sung. It was as follows:-
Even such is Time who takes in trust
Our youth, our joys, and all we have,
And pays us but with earth and dust;
Who, in the dark and silent grave,
When we have wandered all our ways,
Shuts up the story of our days.
But from that earth, that grass, and dust,
The Lord shall raise me up, I trust.
The Intercessions and General Thanksgiving were followed by another hymn, the words of which are attributed to Sir Walter Ralegh, and it was sung to the tune of the hymn “Christians, Awake.”
An address was then delivered by Canon Carnegie, rector of St. Margaret’s and Speaker’s chaplain.
At the end of the service, and during the singing of the Battle Hymn of the Republic,
A collection was made towards a fund for securing in London a Ralegh House for promoting intellectual cooperation between American and British scholars, and to serve as their centre for meeting in the metropolis.

Memorial services were also held at the Temple Church and at Woolwich Paris Church. To-morrow, which is the actual anniversary of Sir Walter Ralegh’s death, a commemoration meeting, organized by the Tercentenary Committee, will be held at the Mansion House. There will also be a memorial service in Exeter Cathedral, followed by a public gathering, when addresses will be given by Professor J.W. Cunliffe, D.Litt., Professor of English Literature in the Columbia University, and Mr T. Seccombe, professor of English Literature at the Royal Military College, Sandhurst. It will be proposed at this meeting that there shall be a permanent memorial in the shape of a Ralegh Lectureship in subjects connected with history, navigation, exploration, and colonialization that are of joint interest to the British Empire and the United States at the proposed university of the South-West.