An appearance by 'Sir Walter Raleigh' during the 400th anniversary year was certain to be seen as a special attraction at community events in the Great Elizabethan's home area.

The 1st and 2nd Brownies held a Fun Day on Sunday 17 June. The event was held to raise funds for a blue plaque commemorating former Budleigh Brownies leader and children's author Jean Blathwayt. 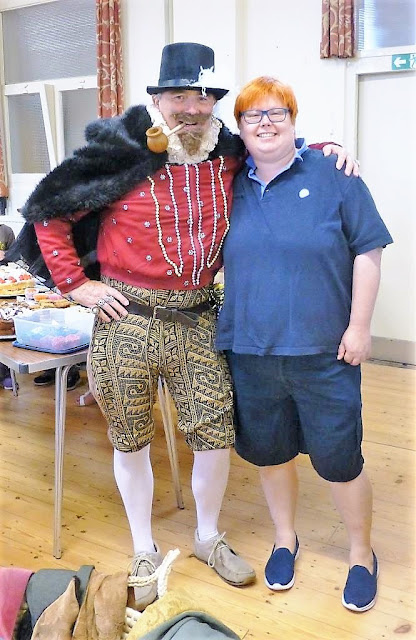 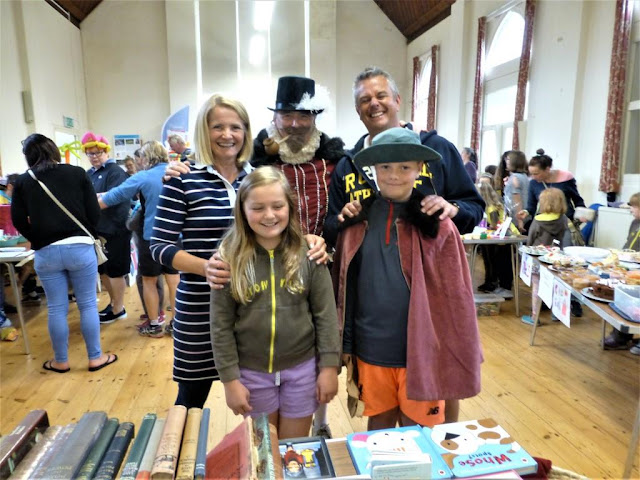 Being photographed with 'Sir Walter' was a family fun experience!

You can read about Jean Blathwayt on the panels below. They were produced for an exhibition about her to mark the centenary of her birth in 1918. 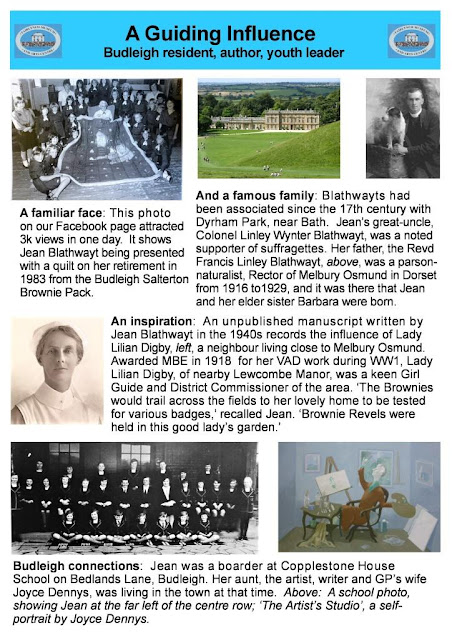 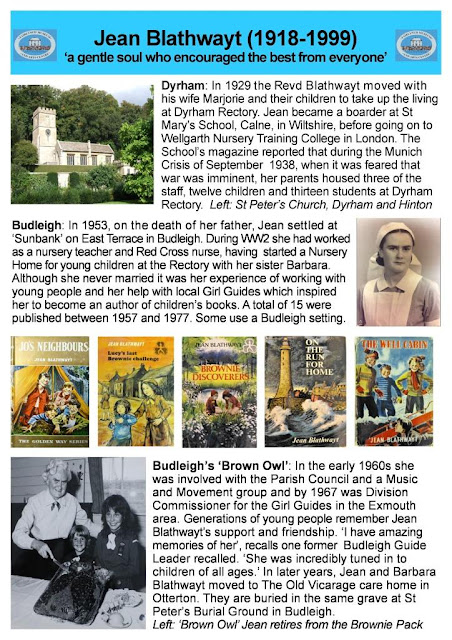