When the gloves were off for Raleigh 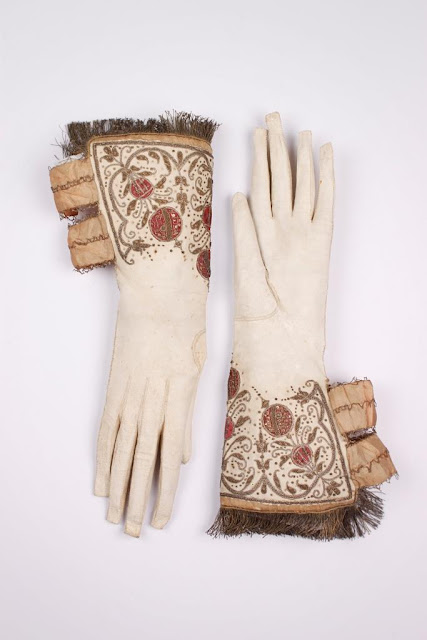 This pair of beautifully decorated gloves associated with Sir Walter Raleigh is among the highlights of Fairlynch’s exhibition to mark the 400th anniversary of the Elizabethan explorer’s death. 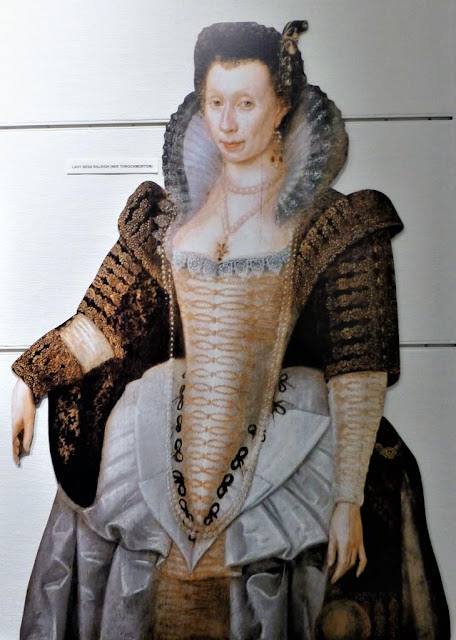 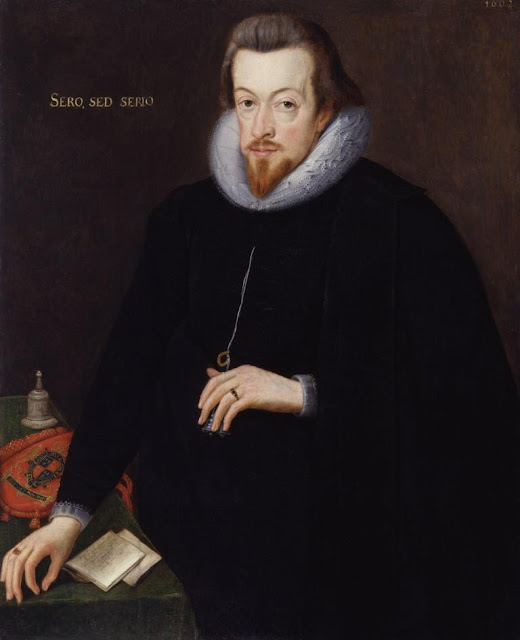 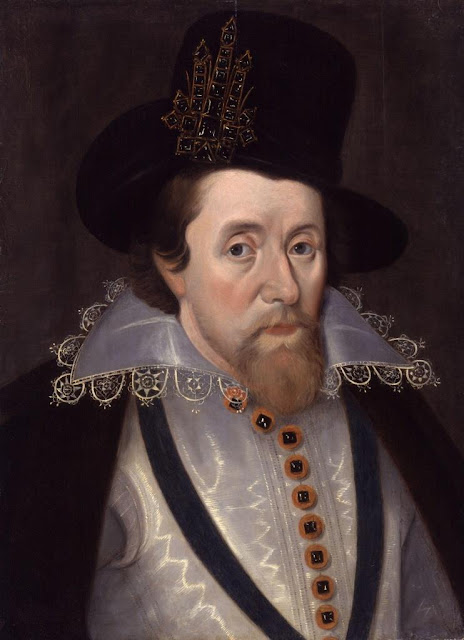 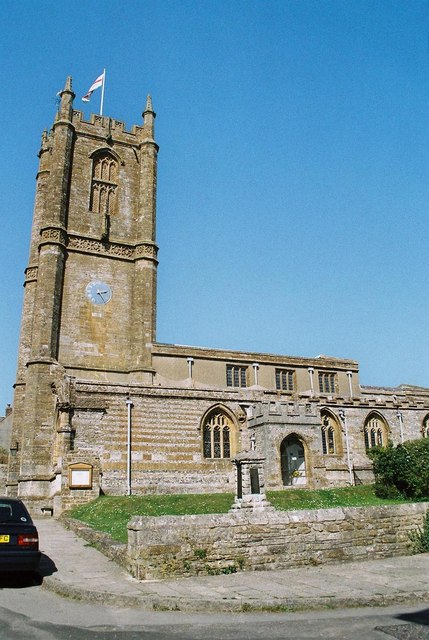 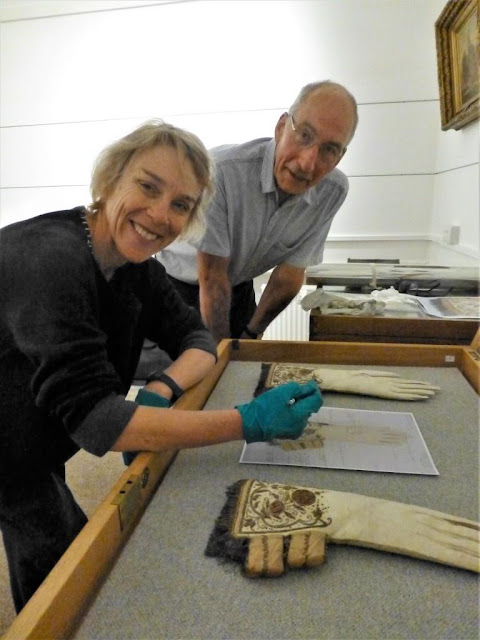 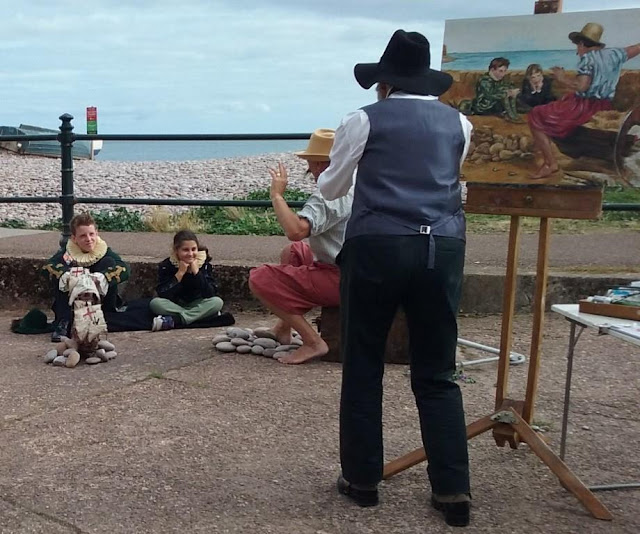 Continuing my August Bank Holiday appearance as Sir Walter I arrived at the Raleigh Wall from East Budleigh’s Street Party to find that the stage was already set for the repeat re-enactment of Millais’ Boyhood of Raleigh.

Pebbles, galleon, starfish and anchor were in place. Millais (John Washington, of Budleigh Art Club) was at his easel.

The Sailor (Nick Speare) was there with his outstretched arms and had grown a moustache since his last appearance on 28 May earlier this year.

‘Young Walter’ in his green costume was already there, later joined by another model as Raleigh’s half-brother Humphrey.

But I’d forgotten the toucan aka puffin. Once he was in place the picture was complete. You can see it above. 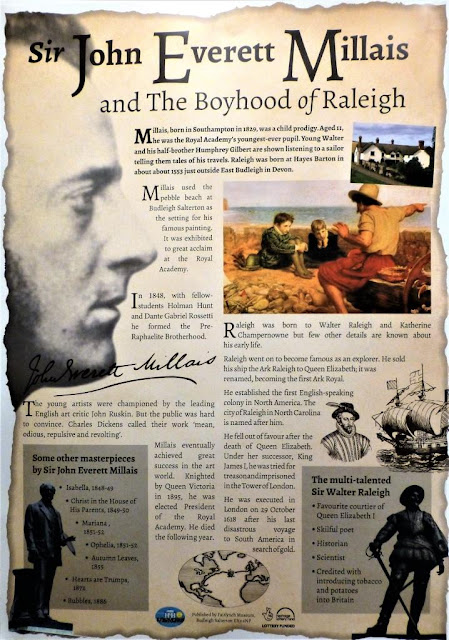 The models were given this great scroll, designed by ‘Millais’ himself. It's on sale in Fairlynch Museum. 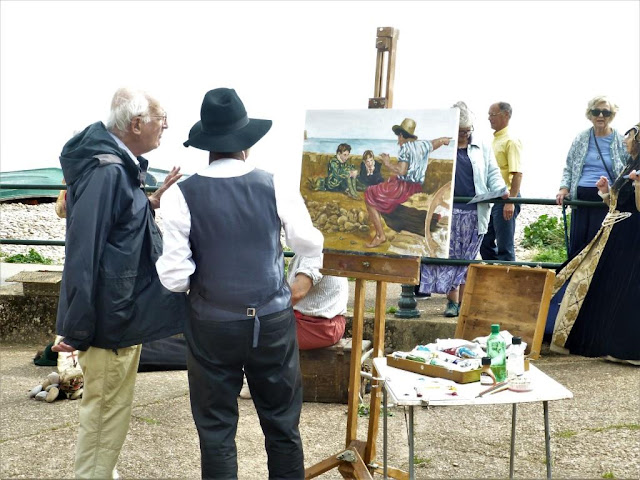 Passing visitors were welcome to discuss the painting with the artist at work. 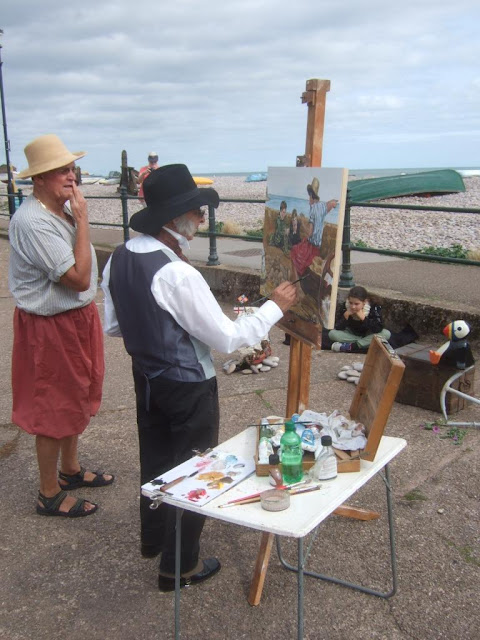 The Sailor had the same problem with fake facial hair that I’d had back in May. 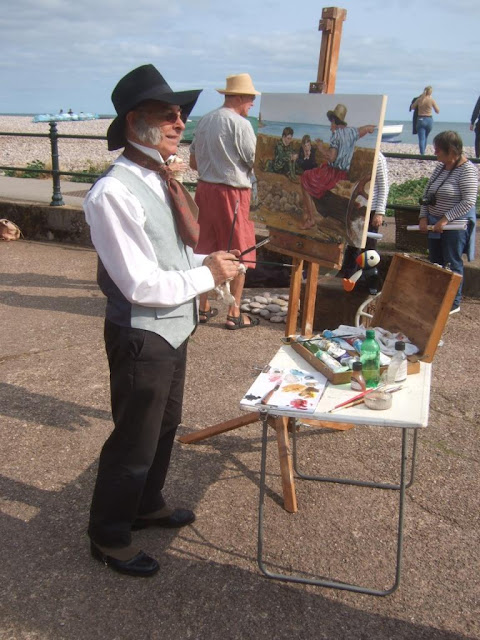 A view of ‘Sir John Millais’; he didn’t seem to have any problem with the sideburns. Not sure about the dark glasses. But the sun had really come out by now. 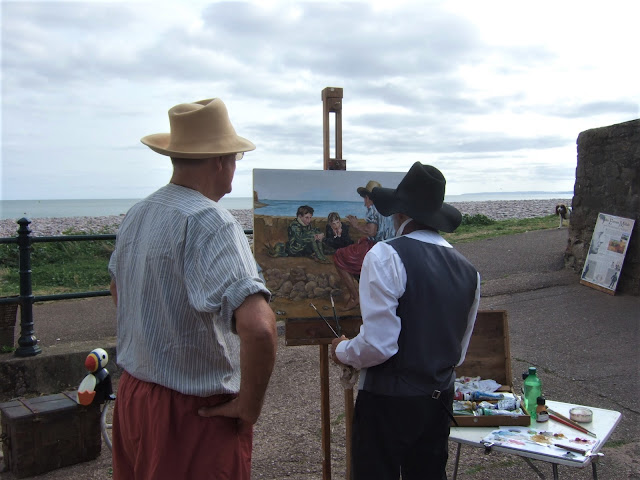 Image credit for the above three photos: Martyn Brown

I reckon that dog wants to be in the painting.

A successful day!  It didn’t rain, and Sir Walter’s history lessons to the passers-by seem to have done their stuff judging by admissions to the Museum that afternoon.  ‘There were over 90 visitors to Fairlynch - certainly a record in recent years!’ noted Chairman Trevor Waddington.

And perhaps best of all we'd introduced young Devonians to the story of one of the most interesting and complex figures of the county's history. 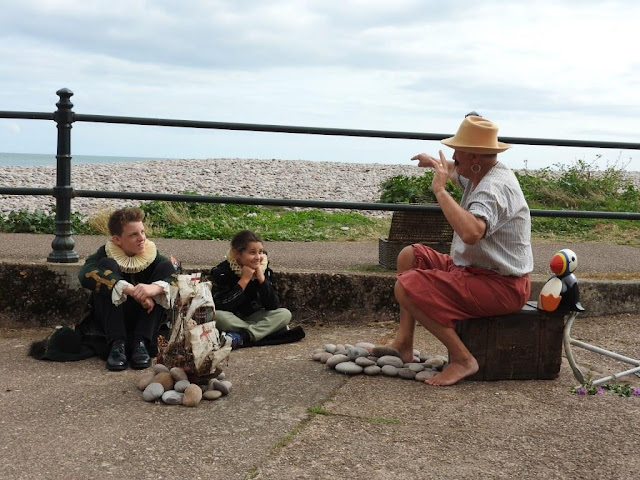 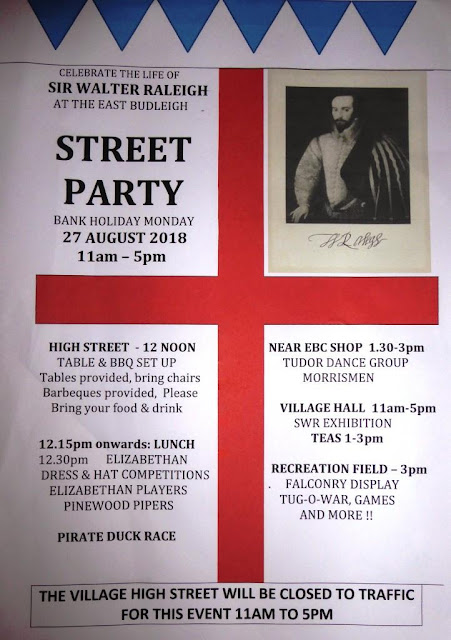 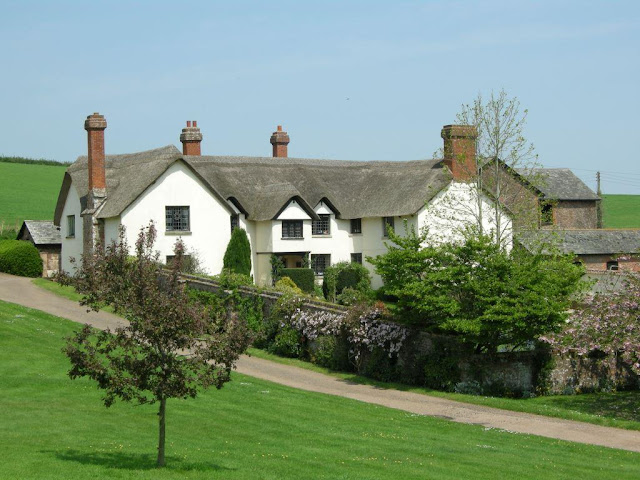 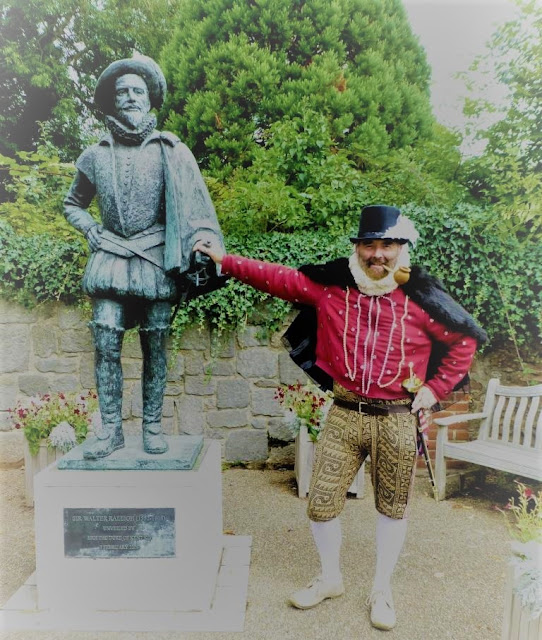 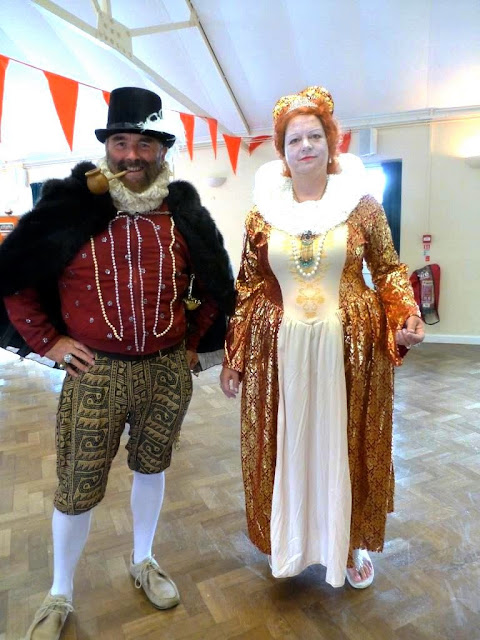 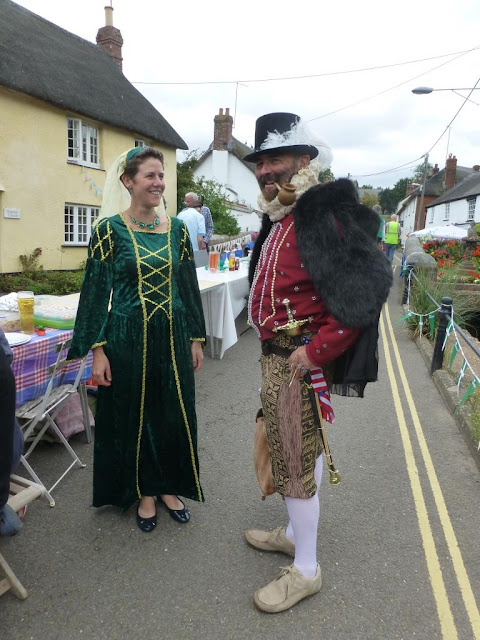 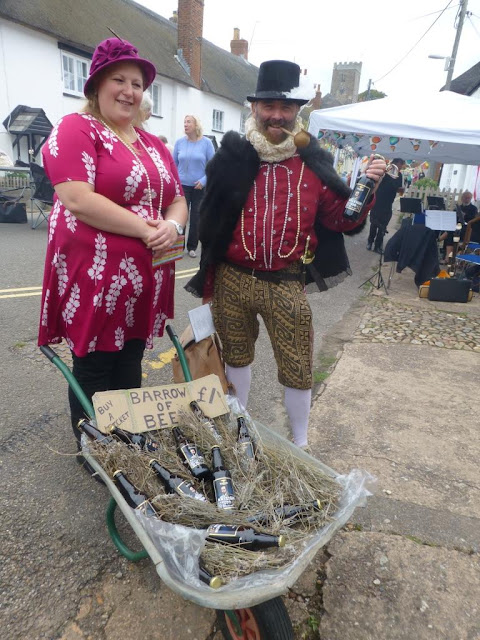 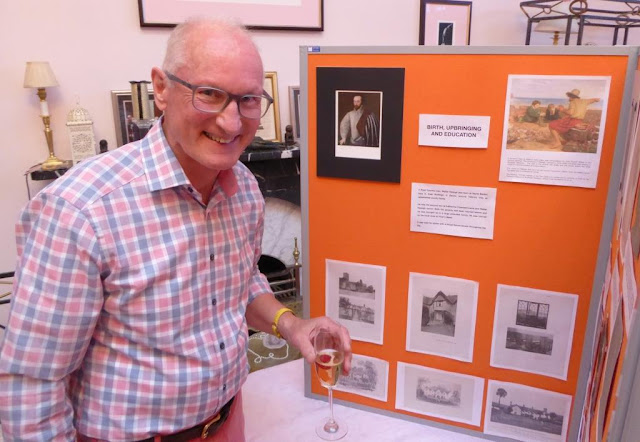 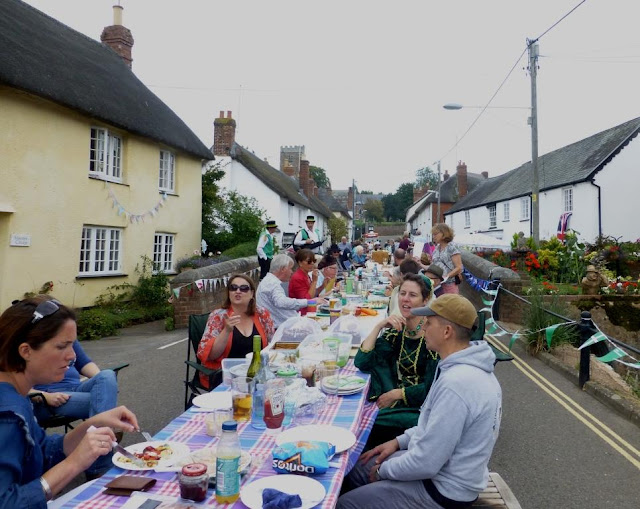