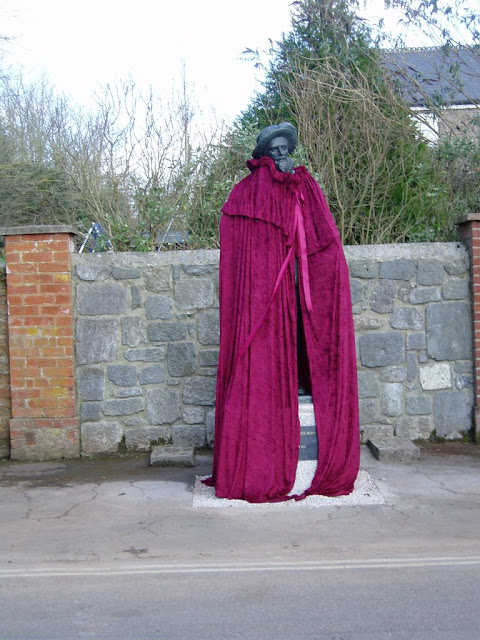 The statue of Sir Walter Raleigh was unveiled by HRH the Duke of Kent in 2006 and occupies a focal point in the Great Elizabethan’s home village near All Saints Church. Its origin was not without controversy. 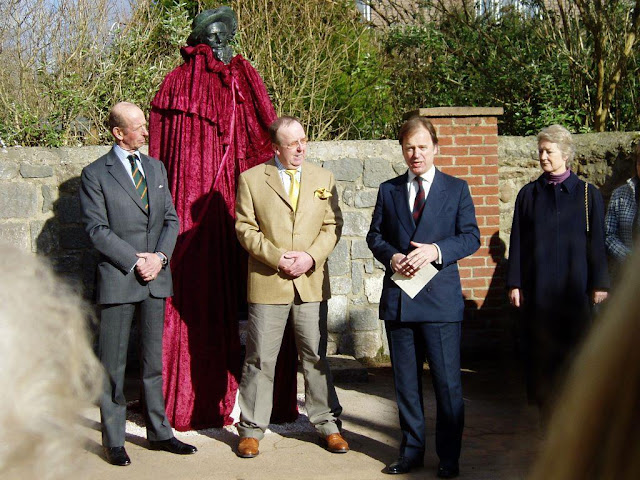 East Budleigh residents had hoped that an earlier statue of Sir Walter, originally sited on Whitehall Green, would be relocated to their village. 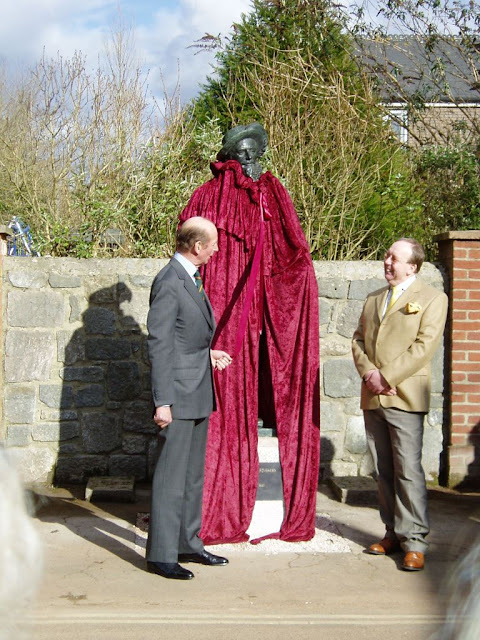 Sir Walter, taller than most men, then and now

They were disappointed when it was moved instead to the former Royal Naval College in Greenwich. 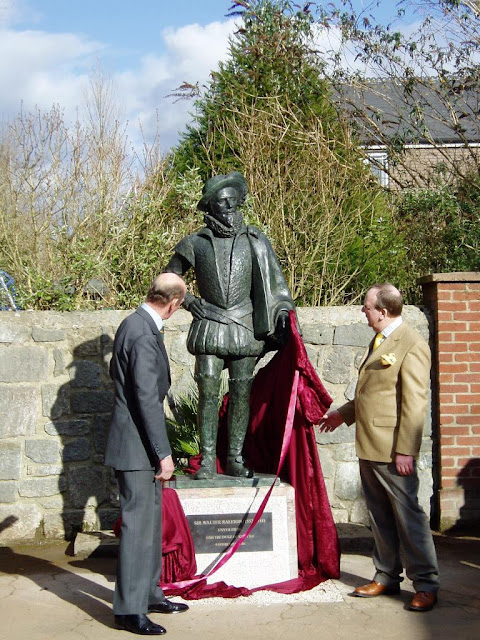 Then local MP Hugo Swire stepped in to secure £30,000 in funding from British American Tobacco to ensure that the village would have its own statue. 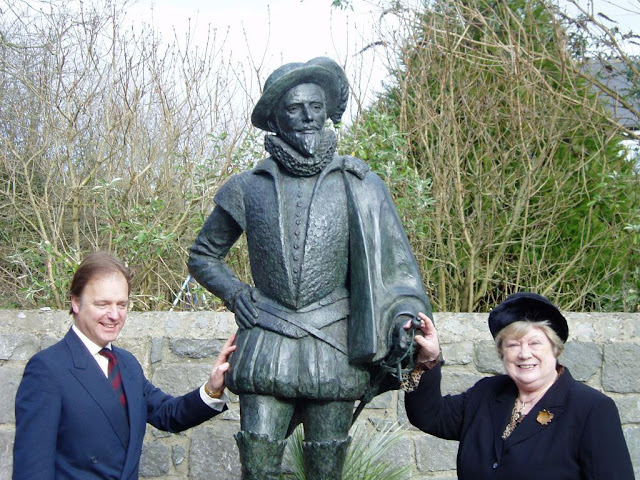 There were strong objections from some locals to the source of the cash, given the growth of the anti-smoking lobby in recent times. But the MP was unabashed. "If there are any objections to this from people who think we shouldn’t do this because its sponsored by British American Tobacco, I think I shall emigrate,” he was reported as saying.

"I cannot believe that there can be people around who would be so churlish and politically correct to assume because we’ve got sponsorship from a major international company we should somehow turn it down. I just would despair at that point. We want the statue, they’ve been hugely generous - thank you, thank you, thank you." 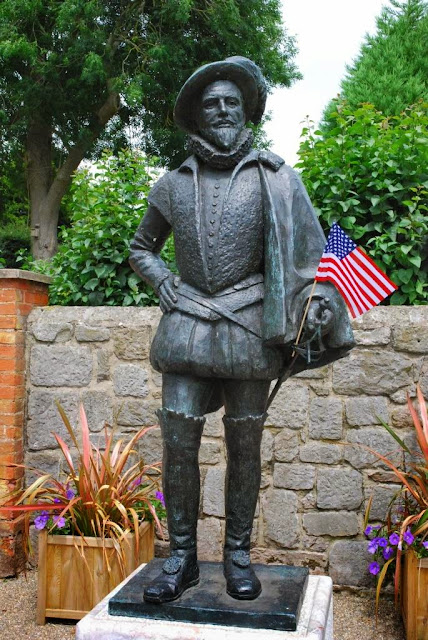 The Great Elizabethan was highly regarded in the USA. The American Navy named a warship after him in 1776.

During the American War of Independence one of the 13 ships in the Patriots’ Navy was named USS Raleigh, a move which must have riled the British government. 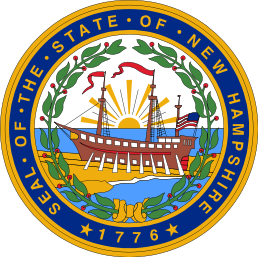 The seal of the American state of New Hampshire shows the USS Raleigh. 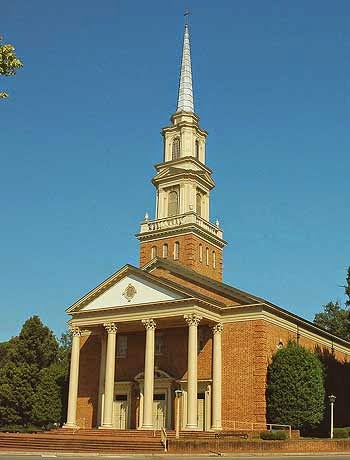 Not only did the Americans name the capital of North Carolina after East Budleigh’s most famous son: the city of Raleigh NC has two districts named in the 1920s to honour Sir Walter. One is called Hayes Barton, the other is called Budleigh.

Both districts are rather exclusive! 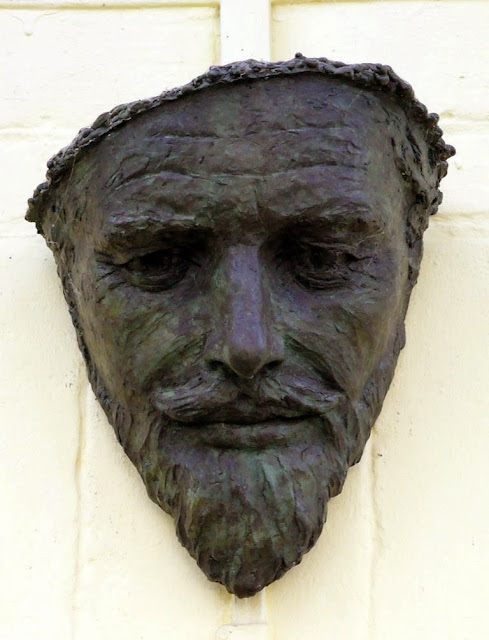 Whatever the controversial element of the statue’s funding, the sculptor has positive memories of the commission.

'I recall with great pleasure the commission to sculpt Sir Walter in East Budleigh, and the enthusiasm for him shown by all those who attended the unveiling,’ Vivien Mallock told me earlier this year.

I am most grateful to Cllr Channon for making photos of the unveiling available to me.