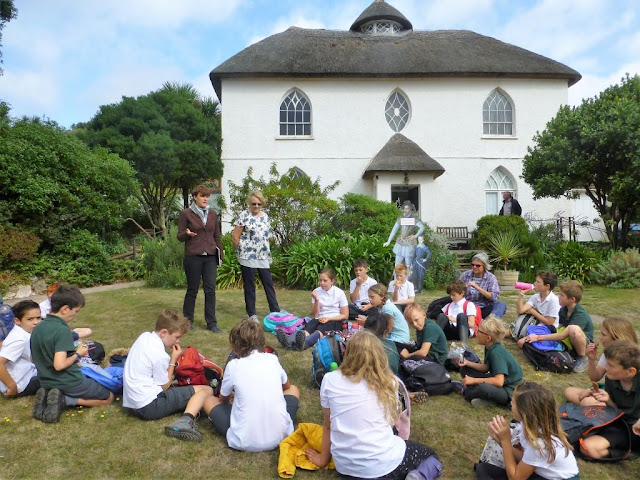 On Tuesday 18 September there was yet another school visit to the Raleigh 400 exhibition at Fairlynch Museum, Budleigh Salterton. Thirty pupils had come from Kingfishers' class at Drake’s School, in Sir Walter's home village of East Budleigh.

They were given an introductory talk by Lizzie Mee, the Museum's Education Outreach officer. They also heard Roz Hickman tell them about the importance of East Budleigh in Raleigh's time. Budleigh Salterton in the 16th century barely existed except for a few fishermen's huts, and the coast was largely avoided because of the danger from pirates. 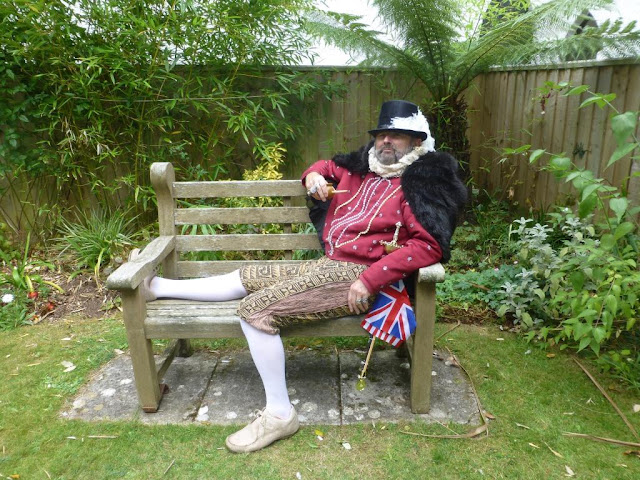 The children found 'Sir Walter' asleep in the Museum garden. 'Wake up, Sir Walter!' they shouted. They had to shout twice. The Great Elizabethan had been asleep for 400 years. 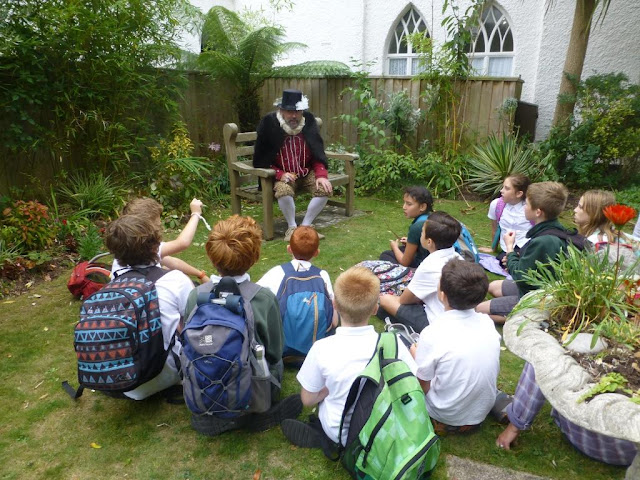 What a friendly fellow he turned out to be! He was happy to answer the children's questions about his exciting life. 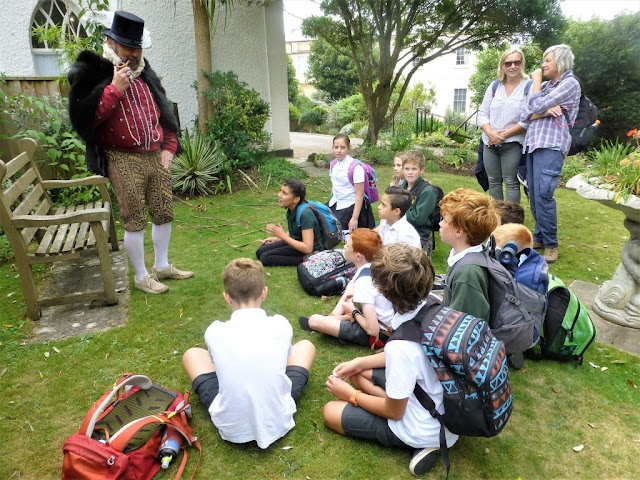 He found some of the questions quite taxing. A few reflective puffs on his pipe were needed. 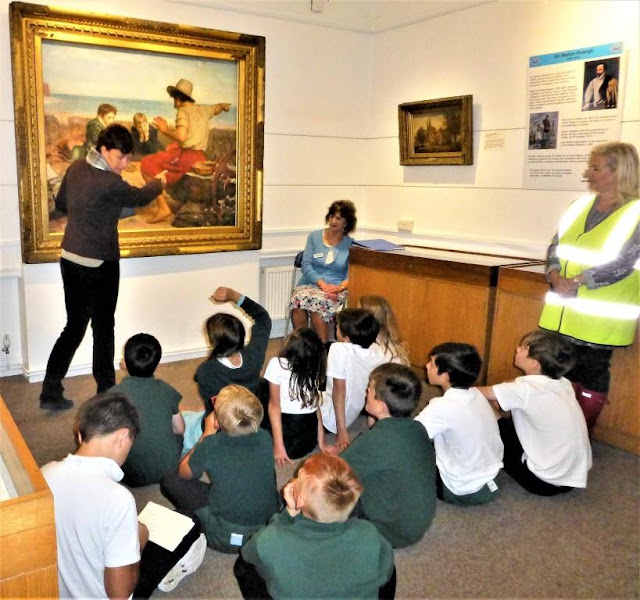 Then came the big moment when the class found themselves in front of the famous painting 'The Boyhood of Raleigh' by Sir John Millais. 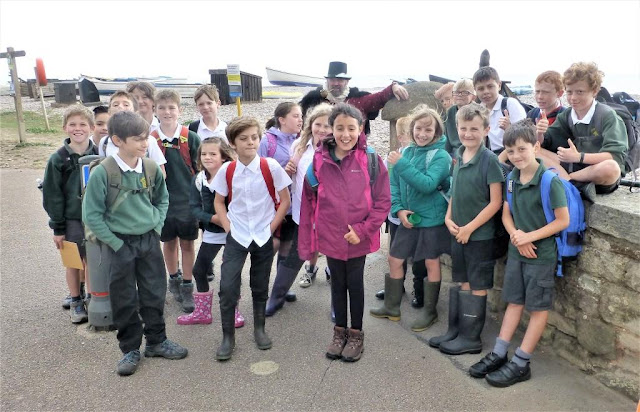 More pictures of the visit were posted on the school website at http://www.raleighfederation.org.uk/kingfishers-1/