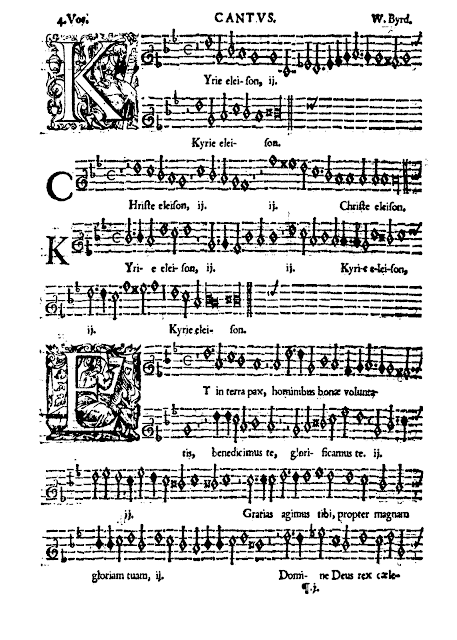 Front cover of the 'Kyrie Eleison' from the Mass for Four Voices by William Byrd, probably published in London by Thomas East

All were welcome at the 11.00 am Sung Eucharist service in St Margaret’s Westminster on Sunday 28 October, the day before the 400th anniversary of Sir Walter Raleigh’s death.

The Preacher was The Very Reverend Dr John Hall, Dean of Westminster. An appropriate choice: it was the Dean of Westminster, Robert Tounson (1575–1621), who in 1618 gave Holy Communion to Raleigh, attended at his execution, and wrote afterwards of how Raleigh had behaved on that occasion.

Renaissance music lovers were not disappointed that William Byrd’s 'Mass for Four Voices' had been chosen to be part of the service.

Yet the piece was a remarkable choice in view of the religious tensions of Raleigh’s time. Byrd (c.1540-1623), a Catholic,  composed it around 1592-3 during the reign of Queen Elizabeth I, when settings of the Mass were highly sensitive documents and might well have resulted in the arrest of anyone caught with them. 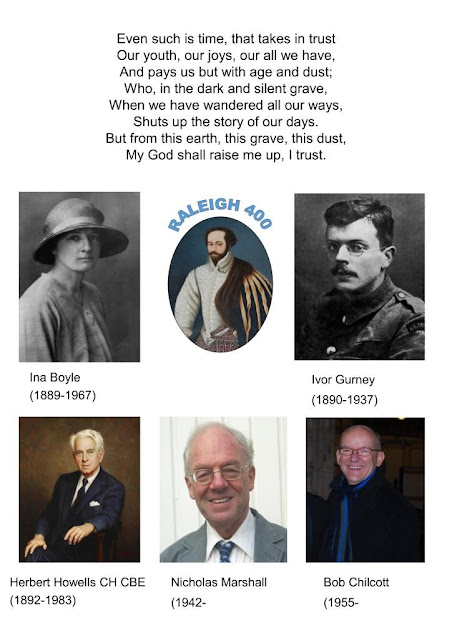 Also chosen for the occasion was one of Raleigh’s best known poems, ‘Even such is Time’, with music composed by Bob Chilcott.

Chilcott was born, appropriately enough in Devon, in 1955. He is one of the five eminent composers, seen above who have set the poem to music.

The Voluntary was the Toccata from the Suite gothique by the French composer Léon Boëllmann in 1895.