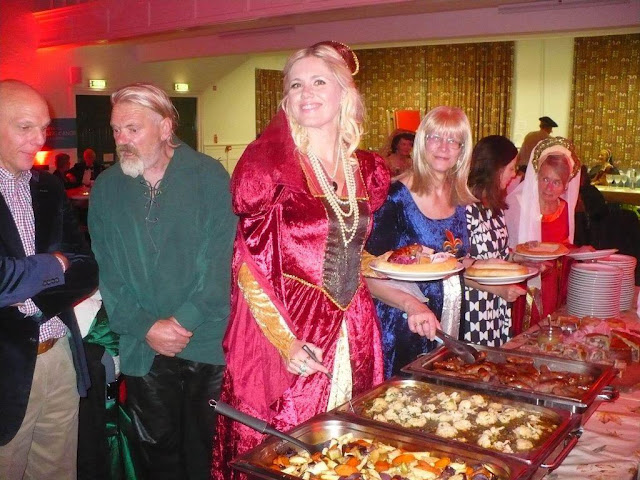 On Saturday 6 October, Elizabethan revelries organised by The Sherborne Twinning Association under the 'Ralegh 400' banner hit the Dorset town where Sir Walter built his castle in 1594.


Money from the event was being raised for a lung cancer charity and the Yeatman Hospital. The total will be announced at the end of the festival. 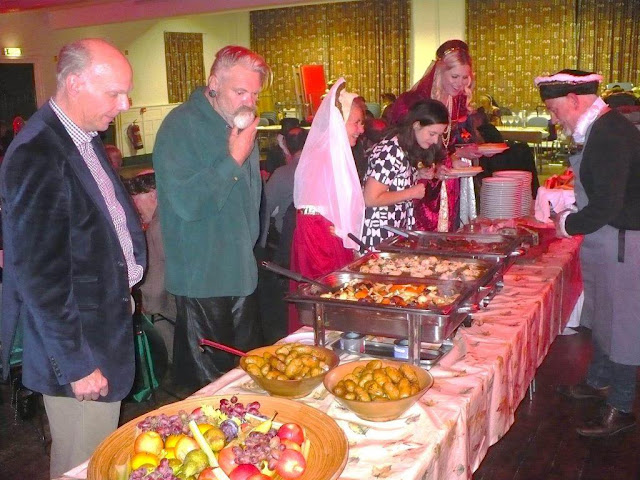 The long awaited Tudor banquet took place at the town's Digby Memorial hall where over 45 residents of Sherborne, together with visitors from Australia and different parts of the UK, celebrated in style the life of Sir Walter Ralegh.

It was 400 years ago this month since he was executed by King James 1 for treason on a trumped up charge. 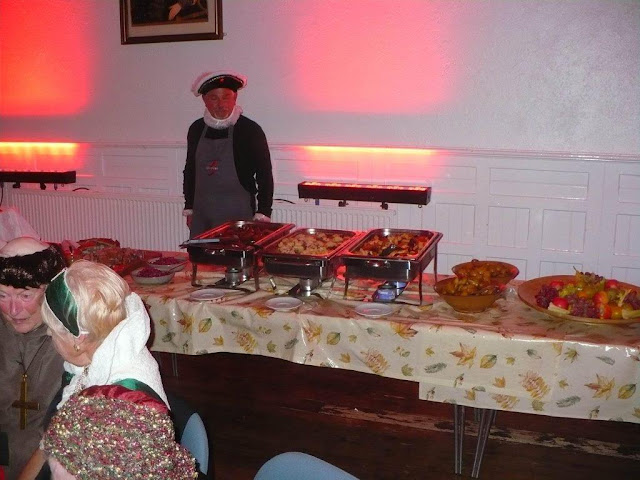 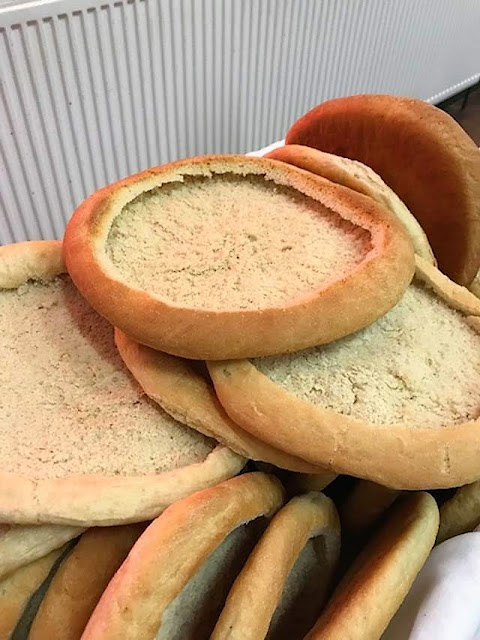 All the food was served on bread trenchers provided by Oxford's Bakery. 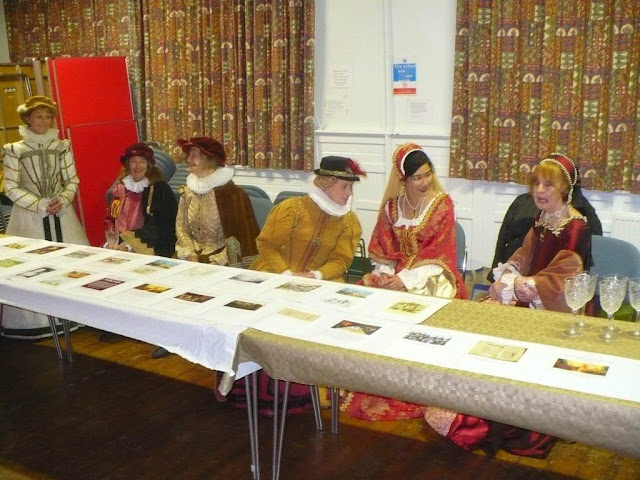 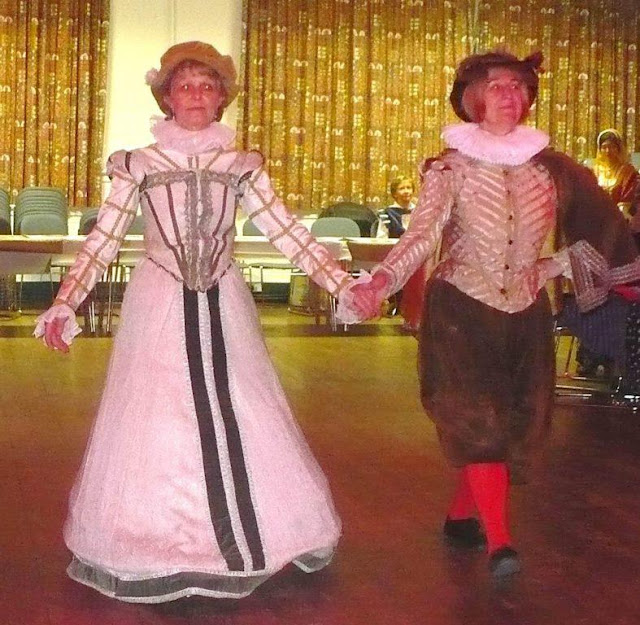 The highlights of the evening were Ralegh’s poetry, read with feeling by Hugh Walker and Elizabethan Musicians, and dancers who introduced us all to a number of dances, especially the medley of 'brawls' or in the original French 'bransles', together with a sequel of simple steps known in England as 'Old Measures'. 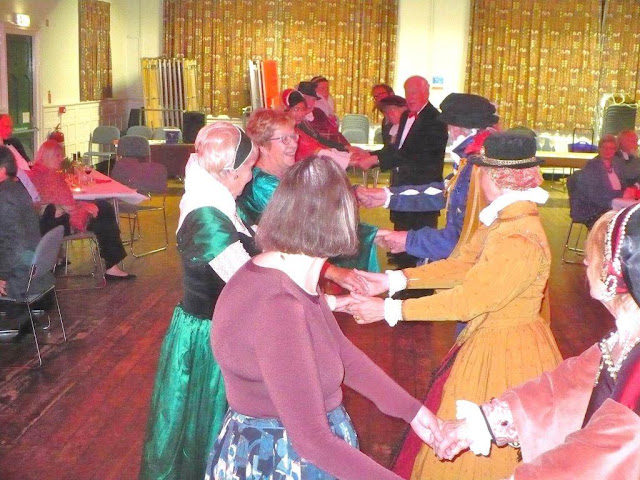 Many people joined in after being shown the steps.

The New Arcadia Consort played music throughout the evening on original instruments that are now very rare, including a crumhorn and kortholt.

The raffle prizes were donated by traders in the town, including The Melbury Gallery, Just Bears, Sue Adams’ Neal’s Yard Organic Consultant and Parsons the Butchers. £92 for the two charities was raised this way.

The evening was compered by Alistair Chisholm – the town crier of Dorchester. 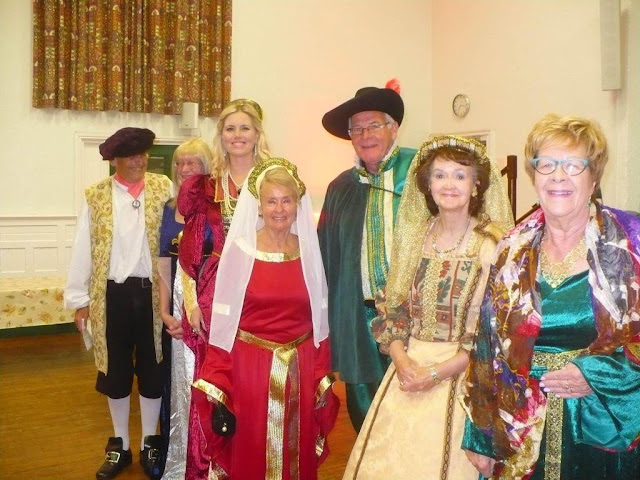 The number of Tudor outfits on show ensured a really colourful evening from the visual perspective. VIPs included Edward and Maria Wingfield Digby, owners of Sherborne Castle, who joined in with gusto throughout the evening.

'It all rounded off at about 11.00 pm and our happy guests wandered home,' Bob Walden told me. 'We of course didn’t follow them. We cleared the hall, washed the dishes, crockery and glasses so got home about 1.00 pm.'

Yes, these things don't happen by themselves. But the organisers' efforts more than paid off.

'All in all lots of work, lots of fun, and even a little surplus to send to our chosen charities. You should have been there!'