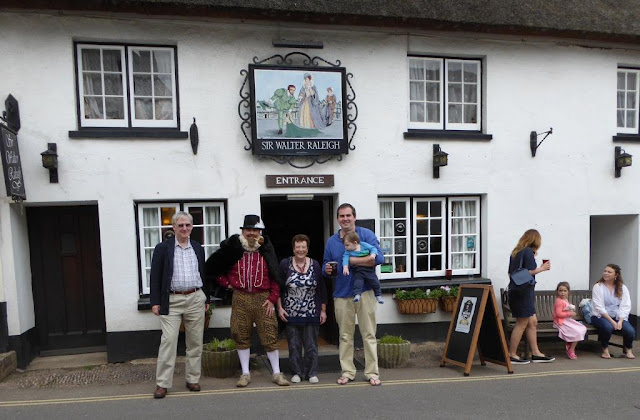 Above: 'Sir Walter' at the Sir Walter Raleigh pub for the launch of the special ale brewed by Jonathon Crump's Black Tor Brewery. 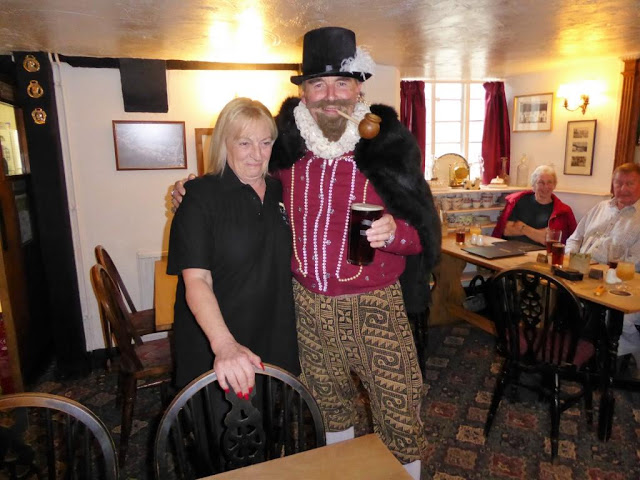 Black Tor Brewery's Raleigh 400 ale was launched on 25 May at this popular inn, located on the High Street of Sir Walter's home village. 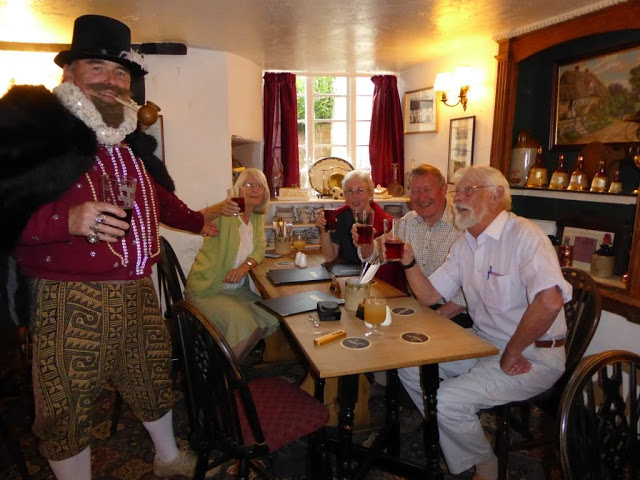 Above: 'Sir Walter', with friends and volunteers from Fairlynch Museum involved in the Raleigh 400 exhibition, celebrating the launch of the special ale at the Sir Walter Raleigh. 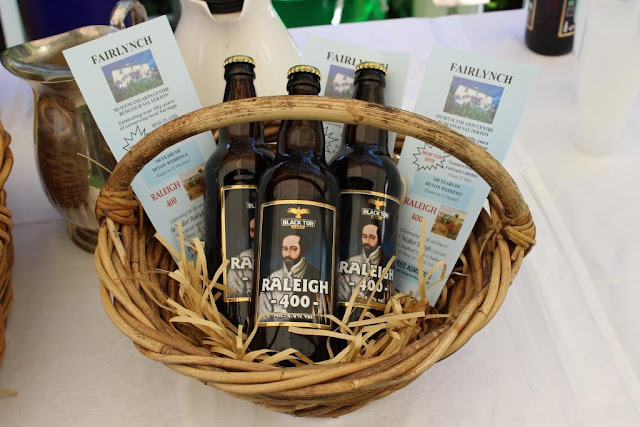 A few days later, thanks to a generous gesture by brewer Jonathon Crump, Raleigh 400 ale was enjoyed by guests at the opening of Fairlynch Museum's exhibition in honour of Sir Walter. 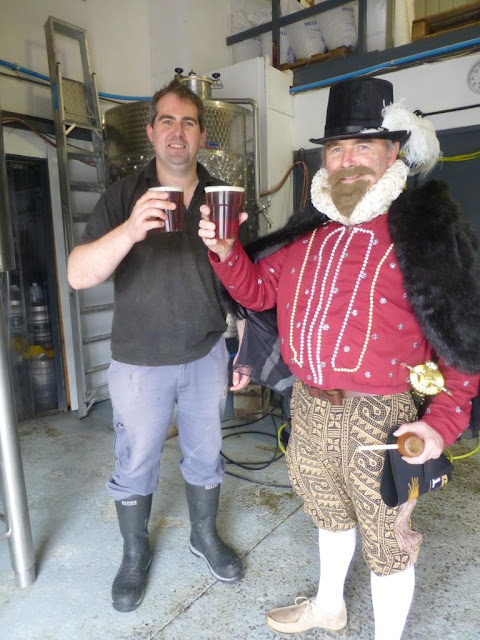 Above: Brewer Jonathon Crump and 'Sir Walter' sample some Raleigh 400 ale prior to the launch. 'Sir Walter' had a slight problem with his moustache, especially during the very hot summer of 2018