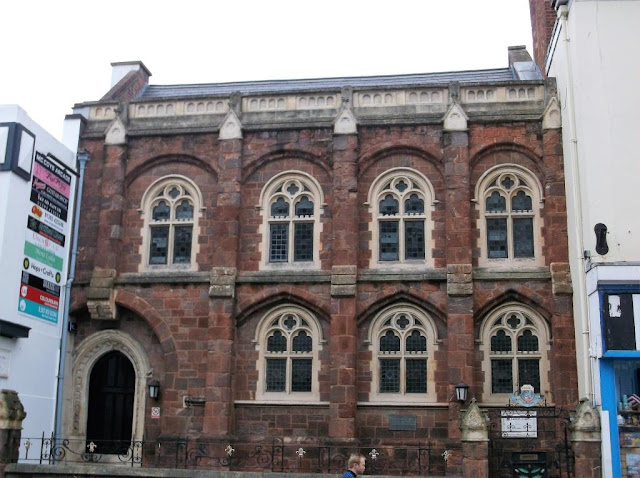 With large national museums and galleries experiencing a drop in visitor numbers, with consequent staff-cuts and difficulty in administering loan schemes it’s often the case that smaller institutions like Fairlynch Museum will find it easier to borrow artefacts locally for exhibitions.

In April 2018, the Museums Association reported that the National Portrait Gallery had made 24 posts redundant – 7% of its overall workforce – following the release of figures which showed that the Gallery had had a difficult year in 2017,  with visitor numbers down 35%.

The figure was later revised in August 2018  in the light of an error in counting procedures: there had apparently been a 19% drop over two years.

Whatever the exact figure, terrorism fears, transport problems and the expense of a trip to central London are believed to be behind a fall in visitor numbers at several of the city’s national museums and galleries in 2017. 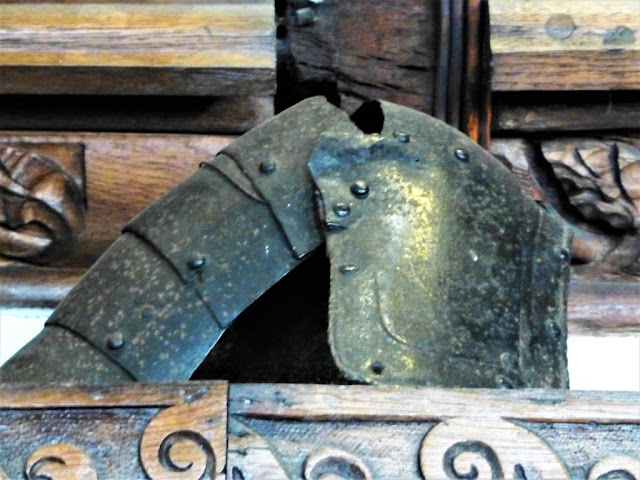 Tuckers Hall has numerous items from the Stuart period on display, like this body armour

So organisers of the Raleigh 400 exhibition at Fairlynch were relieved and grateful to find back in May 2018 that their request to borrow weapons and armour of Sir Walter’s period had been welcomed by volunteers at a fellow-institution in Devon.   The Leeds-based Royal Armouries had been unable to help.

Agreement had already been reached with Exeter’s Royal Albert Memorial Institution (RAMM) for the loan of various domestic items such as cooking utensils to be displayed at  Raleigh 400. 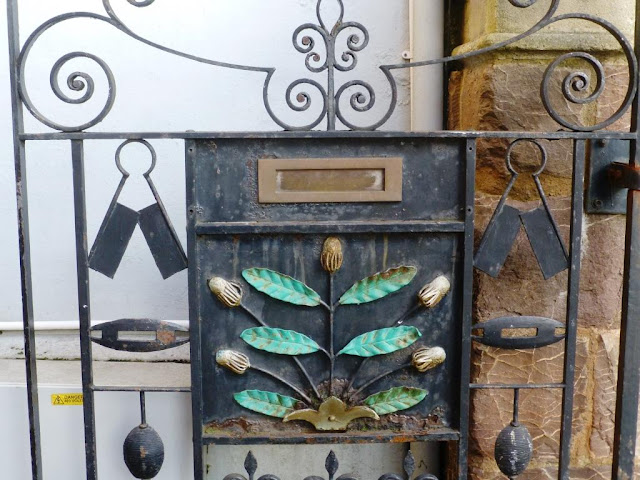 The emblems on the gate of Tuckers Hall give a clue to its origins.  Teasels were used to ‘tease’ or brush the woven woollen cloth, so as to raise the surface fibres – the nap.

But Tuckers Hall in Exeter is a bit different. Open to the public only at certain times, it’s been owned by the Guild of Weavers, Tuckers and Shearmen since 1471.

The building  is closely associated with Exeter’s woollen cloth trade, which between the Middle Ages and the end of the 18th century made the city one of the richest in the country. 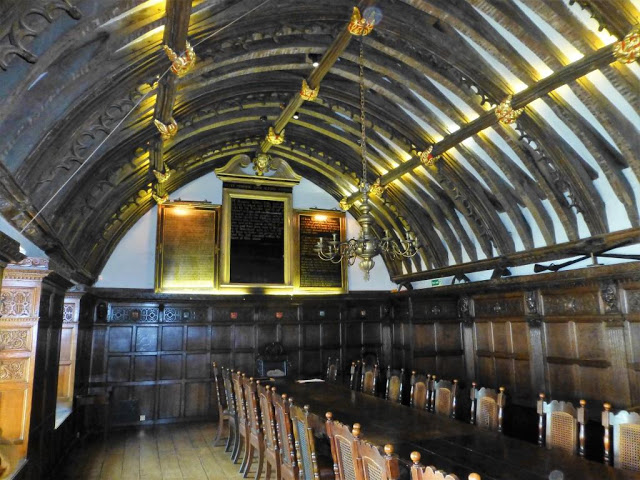 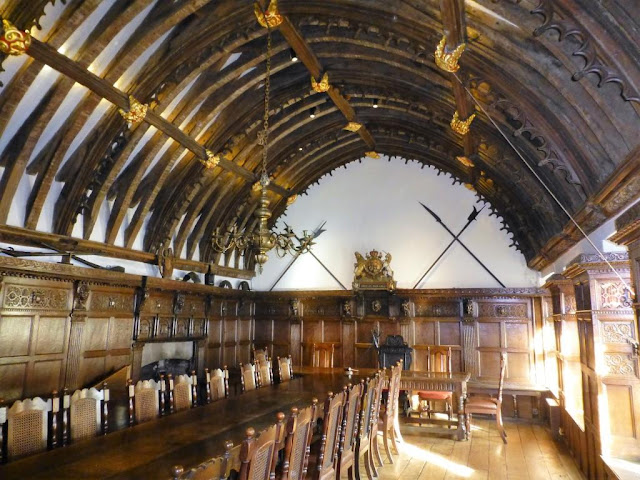 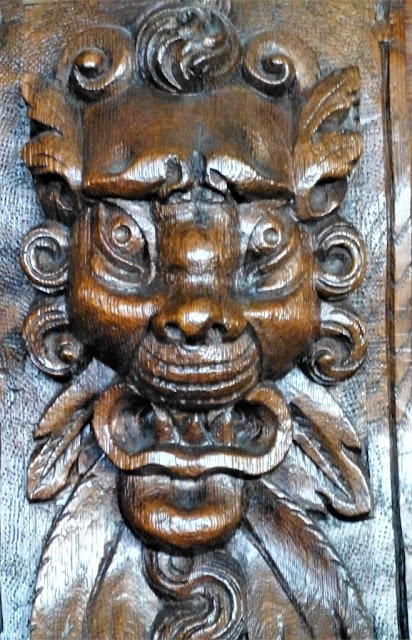 With its 15th century  roof timber and Jacobean panelling the building is one of Exeter’s hidden gems, situated unobtrusively on Fore Street.

Ironically, Sir Walter, though born so close to Exeter, earned the hatred of the city’s cloth merchants. In March 1584, he received a licence to export woollen broadcloth, bringing him further revenue to add to his already considerable wealth.  So assiduous were his agents in exploiting the licence that the Merchant Adventurers of Exeter succeeded two years later in obtaining an investigation into the methods used.

Tuckers Hall was featured in a two-page article published in the November 2018 edition of the magazine Devon Life.  In the article, Ian Gardner, a former Master of Tuckers Hall, referred to the strong entrepreneurial tradition exemplified in such organisations as the Merchant Venturers.

'I want every youngster here in Exeter to know their history and the spirit of entrepreneurship and effort that the city had all those years ago and to be proud of that,' he said.

Sir Walter Raleigh, one of the best known entrepreneurs of his time, would certainly have approved of such sentiments. And I'd like to think that he would have approved of the charitable aims of Tuckers Hall.

'There are significant numbers of young disadvantaged people in the area who have often been brought up in care and are not able to get the help needed to support them into training and the workplace,' reads the section on the Tuckers Hall website about the work of the Guild of Weavers, Fullers and Shearmen Charities today.

'When they are 19 years old, Government funding is virtually non-existent and many of these young people are finding themselves on the scrapheap before they have even begun their working lives.'


The Guild aims to address the problem by giving opportunities for disadvantaged young people to have the appropriate training and support so that they can eventually take care of themselves both personally and financially. It has established a strong relationship with the organisation Young Devon http://www.youngdevon.org/, which aims to help individual young people get on the right track for the rest of their lives. Beneficiaries will have resided within 25 miles of Exeter for at least the last three years and be aged between 16 and 25.

You can find out more about Tuckers Hall on the website at
http://www.tuckershall.org.uk/