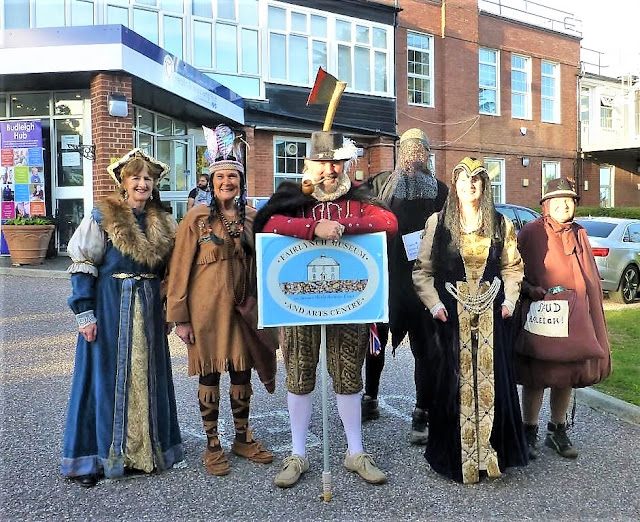 The Fairlynch Fancies gather at The Hub, Budleigh Salterton

Sir Walter Raleigh inspired at least two participants in Budleigh Salterton’s 2018 Carnival, including a group of volunteers from the Museum.

Naturally we had the Great Elizabethan in mind for this year’s Carnival. So we were Queen Elizabeth I, a Lady-in-waiting, a Native American princess, a Potato, the Executioner - complete with bloodstained axe - Lady Raleigh, and Sir Walter himself, wearing cloak, pipe and pearl earring.

We're known as the Fairlynch Fancies, and anyone can join. 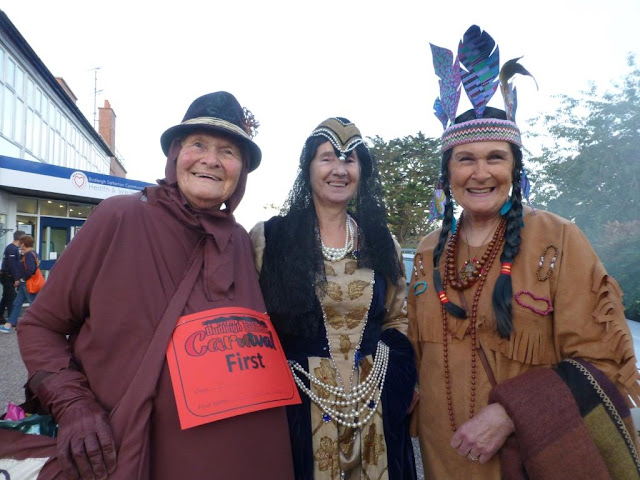 We're the museum volunteers and extroverts who are happy to shed our inhibitions and don whatever costume is appropriate for the occasion. 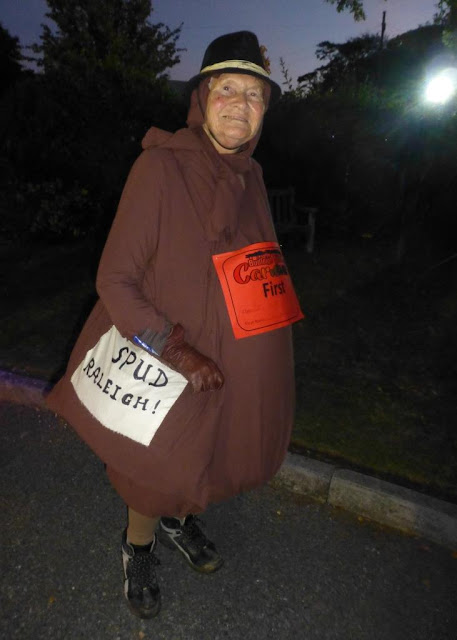 Naturally, our Potato distributed crisps to the crowd! 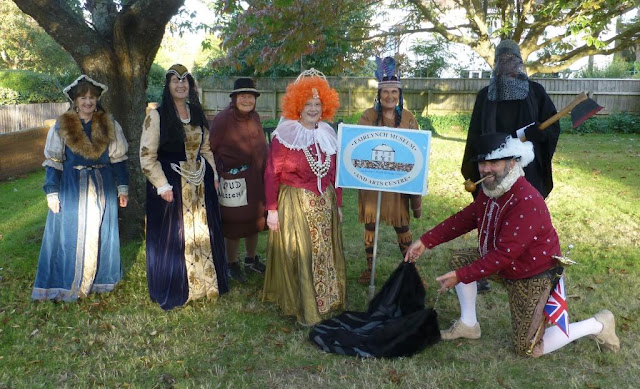 And of course Sir Walter did that thing with the cloak. 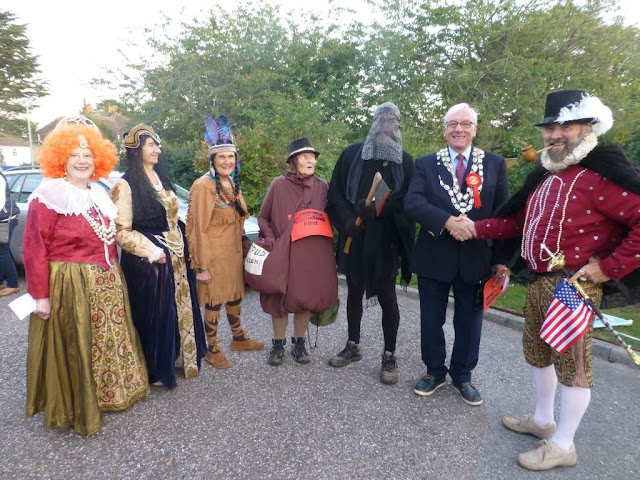 We came first in our class and were congratulated by the Mayor.

It was fun and the weather was perfect, unlike last year when we were almost blown off Coastguard Road.

Children, teachers and volunteers at Drake’s School in Raleigh’s home village of East Budleigh were also inspired by Sir Walter.

‘We also had a potato, Sir Walt and Queen Elizabeth, also lots of pirates and one parrot and a few Tudor era people,’ pointed out village resident Jolanta Justyna Kawałek.

‘Not forgetting a magnificent ship!!!! We had a lovely time and won best local entry and second prize in our category.’

Complimenting the Fairlynch Fancies on their success, she added. ‘It's a great way to celebrate our famous Eastbudleighan.’

So, with or without his head, Sir Walter is likely to be a regular at such local events.